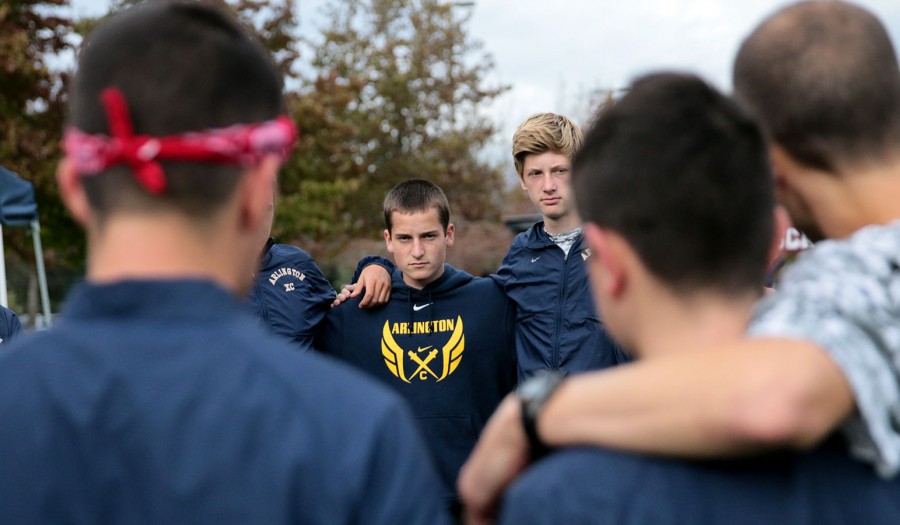 Zane Blanken ('16) listens intently to Coach Murray while he prepares for the race at McCollum Park.

They squared up against Snohomish, Shorewood, and Cascade-Everett.  Arlington’s ambitious JV boys won handily again this week, beating out Snohomish by 32 points, with their final score putting them 5 points away from perfect scoring.

Taking third to both Snohomish and Shorewood–two talented teams–Arlington’s varsity girls raced to the coaches’ standards and carried out their training well.  The girls have their minds on the end of the season and know that by taking care of business everyday, their goals can be reached.

As for the varsity boys squad, they took a close second to Snohomish.  The team ran conservatively, as per the coaches request, in preparation for a few big weeks that are coming up shortly.  They remain confident in their abilities and are hungry for success.

This week, the cross country team will be training hard, along with competing at their home course, River Meadows, and the famous Twilight Invitational this Saturday.