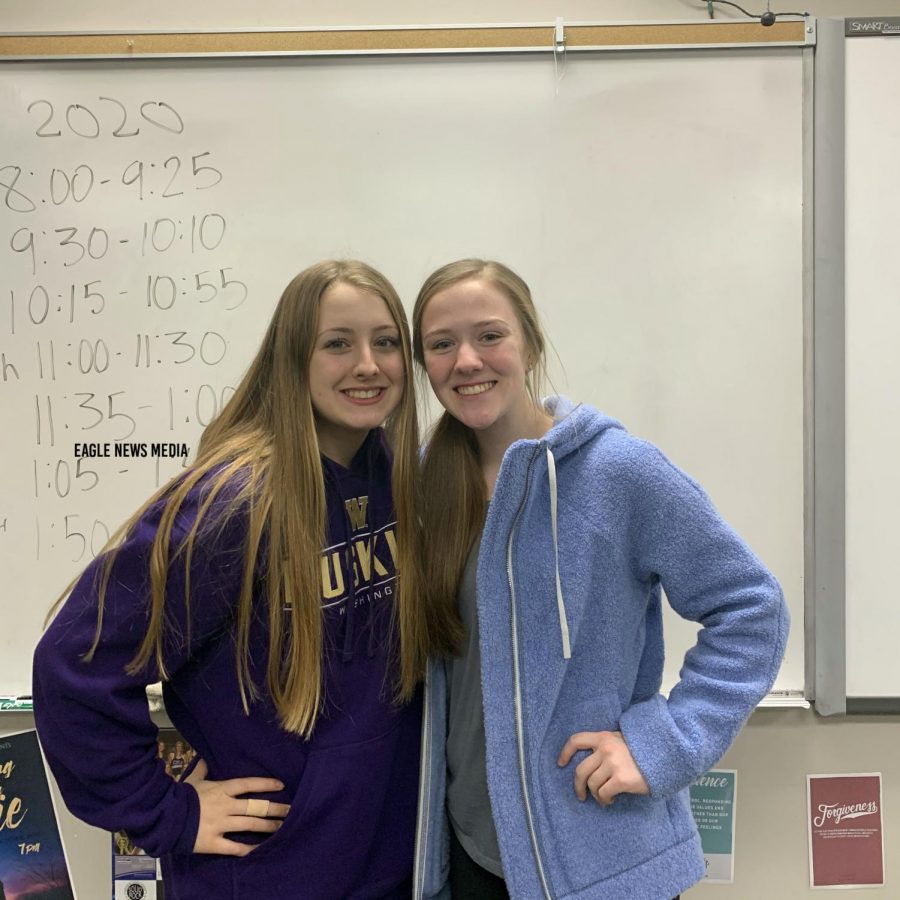 New ASB president, Heather Broyles, and Treasurer Paige Richards pose together, excited for the next year. "I'm excited to help out with activities and go to leadership camp this summer!" Richards commented.

As the first semester begins to wrap up for AHS students, so does the 2019-2020 ASB term for the six seniors officers. For the past year Maggie Delany, Anne Fernandez, Jake Hurst, Brooklyn Lamie, Pearl Leon-Gurrero, and Brooklyn Hill have served AHS as ASB Officers. In the past year, they have accomplished many things and helped to make the school a more welcoming place.

ASB Treasurer Pearl Leon-Gurrero was particularly proud of the time all the ASB officers cooked pancakes in the commons for students. “We cooked breakfast last year, and a bunch of people got to eat pancakes and it was so much fun,” Pearl commented. However In all the stress and the fun times as an officer Pearl took away a new understanding of power after becoming an officer. “ Students, and people in general, elevate and idolize people that are in a position of power, but really they are just the same as everyone else. From Freshman year up to Junior year I idolized the ASB officers, but after becoming one I realized they were just like everyone else,” Pearl said. Her humbled view well reflects the values that all good leaders should have.

Now stepping in her shoes as Treasure is junior Paige Richards. Richards felt moved to run for the position because, “ I wanted to be an advocate for the students and get more involved in the school community”, Richards commented. In her term, she would like to get more students involved in activities and continue to promote a positive school culture.

Joining Richards is junior and ASB president Heather Broyles. Broyles recalls back to middle school, wanting to run for president but was too afraid to speak in front of the whole school. “Then I gave a speech for 8th-grade recognition, and that’s when I realized I like speaking in front of the school, so I wanted to redeem myself,” she commented. Broyles has big ideas for the upcoming year like planning school spirit days and doing a lip dub. In addition to that, she would like to add more activities that are not based around sports to get more students involved.

On Monday, February 3rd Richards, Broyles, and the other four officers will officially begin their year long term and I have no doubt they will fulfill the legacy of past officers.