The Ups and Downs of Neo Bots 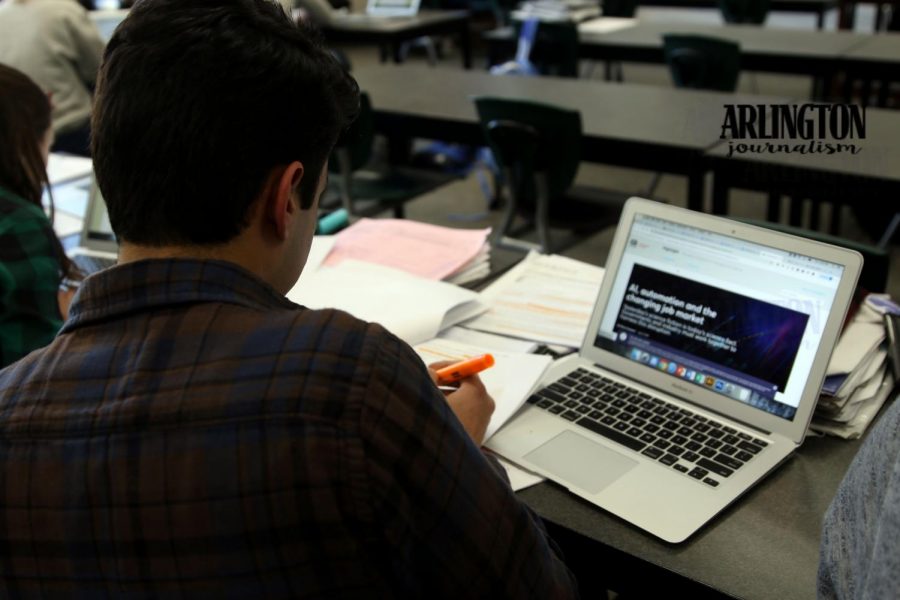 Naveed Arang(11) works hard in one of his multiple AP classes, keeping his grades up.

Think back to your good old elementary school days. Don’t you remember when the Neo Bots pulled you out of class to show you their glorious robot? Do you remember being starstruck by all of the robots cool tricks? Think back to that moment so you can appreciate what they do. It takes seriously talented young students, and I mean the top of the class students to make these robots.

If sports aren’t your forte and you’ve dreamed of going to state the Neo Bots may just be your best shot. Maybe because the Neo Bots are so talented they made it to Nationals!! Naveed Arang’s(11) favorite memory was the team going to nationals. Even though he didn’t go he was so proud that they placed fourth and was excited to see what’s to come for the team.

People like Naveed, newly made president this year, has been participating in the team since he was a freshman. He was one of those kids who took an interest in the Neo Bots as a child and decided to start going to summer camps to get better. Summer camps that Naveed now helps out with as well as other volunteering events.It’s not just the summer camps that he enjoys, Naveed loves the family aspect of the team. Arang said “The team is more like a family to me because we’ve gone through a lot of issues together.” This has brought them closer together as a whole and made them a better team.

Even though Naveed loves the program, and everything it has given him the team comes with its disadvantages. Unlike other teams, the Neo Bots don’t get as much time to build their robot. Even though they have six weeks they only get 3 work days a week because they have to share their space with other groups. Time isn’t the only problem though, there isn’t as much money compared to other teams, and the mentors don’t get paid for any of their time. Though that’s the reason Naveed looks up to them so much. They don’t get paid for any of their time, though they continue to help out and be patient with all the members. Despite these challenges, Naveed continues to love the program and hopes it helps him with a job in STEM.

If your worried about joining Neo Bots because you’re a girl, that’s the least of your worries. The Neo Bots are open to anyone and everyone as long as your willing to put in the hard work. Darby Kikuchi(11) joined last year after doing some summer camps, and after seeing a majority of her friends in the program. It just so happens that her favorite memory was doing the all girls competitions in 2017. Like Naveed, she very much enjoys the team and says she loves goofing around with them when they’re not working. It seems to me like the Neo Bots are a welcoming group of young, intelligent, and fun-loving teens, and I urge everyone to try it out.